In 2010 Stefan Coetzee from Kitplanes suggested a Taildragger Fly-in. A venue was sought and Nylstroom was chosen as the ideal venue. “We decided to have a practice run in November 2010. We didn’t believe we’d have more than 20 aircraft taking part and were pleasantly surprised with 60. The event was here to stay. One of the main reasons being that we have no air show and no flying restrictions. You are encouraged to enjoy flying. Take your friends for flips and get flips from friends. 2011 and 2012 had more than 100 aircraft on each occasion.” 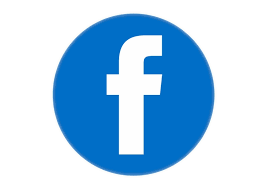 A gaggle of Johannesburg Light Plane Club (JLPC) aircraft flew across to Nylstroom on a cold Saturday morning. Four aircraft departed for the flight north, the coldest being the pilot and passenger in the open Tiger Moth.

Skirting Krugersdorp and heading via Hartebeespoort Dam to Nylstroom, we flew in loose formation over a brown winter landscape that embodied a real South African beauty. At our destination, we contributed to the more that 140 aircraft that had flown in.

Suffice to say that the weekend was very well attended and the safety record for the event was untarnished. The two Super Cubs, a Sports Star, a Cessna 150, a Comanche, Tiger Moth and Sinus all took to the skies during various stages of the day.

After swapping war stories, a number of pilots pitched their tents to sleep under the wings of their aircraft, and after the bushveld kuier that was punctuated by more hangar flying.

Afterwards, we slept with the informal aviation estate (settlement)’s party music, township dogs and insomniac roosters as our night time soundtrack. Nevertheless, it was a restful slumber.

This sort of flying event is really what grassroots aviation is all about. It is a chance to meet new people, find out about new flying destinations, and pick up those pearls of wisdom that no flying school teaches. Many thanks must go to Richard Nicholson and his team for putting together another hugely successful event that built aviation camaraderie that is sometime in short supply.

JLPC aircraft that attended were:

What follows is a collection of photographs thanks to the photographers of Avcom. The artwork on the advertising poster done by Kelly McAuley. 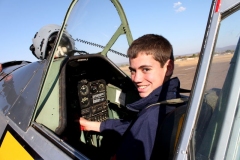 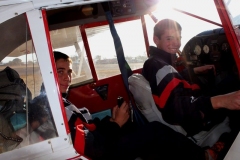 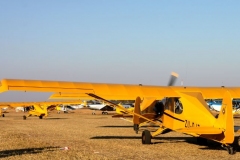 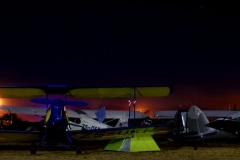 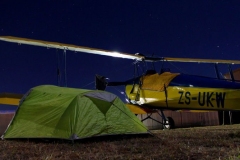 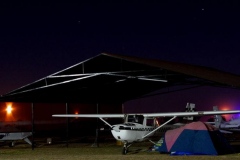 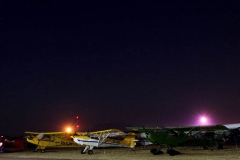 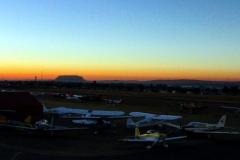 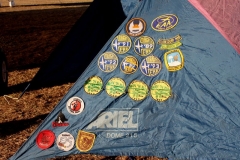 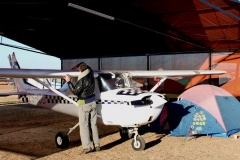