ACE OF BASE AEROBATIC COMPETITION
9 December 2012

Ace of Base was held on the 9th of December 2012 back at the original home of aerobatics: BaraG. Unfortunately the 1st of December the weather did not play it’s part and thus caused a postponement.

With this we only had 11 entries, and it also caused other problems such as no scorer, shortage of Judges and no registration person.

Anyway we managed to get things under way, at this point I must say a big thanks to Helm & Trish for coming to judge for us on such short notice, that was really awesome to have them on board again and much appreciated.

Registration went well, as most of this was done the week before by Natalie, Thanks Nat’s.

Flying got under way around 9am, and the box was really well marked so that helped everyone a lot, I decided to take a huge leap of faith and do the scoring remotely with Natalie in Hong Kong, thank goodness that worked well, Big Thanks to Natalie here, but also well done as we managed to get it all done.

Well we saw some good flying, and the scores were flowing, and in no time we were through the first half of the day, we had a quick break for the Judges and then back to it for the Free’s, by 14h00 the competition was complete, and Nigel then did an impromptu display for all in attendance, just in time, as he landed the heavens opened and let us have a proper highveld thunder shower, complete with hail, very scary for the pilots!! Big thanks here to all the guys that got soaked while trying to get planes under cover!!

We all scuttled to the club house for cover and we were served with an awesome spit braai lunch sponsored by the light plane club, big thanks to Noel and all the guys. While we were taking lunch, I sent all the score sheets of to Natalie, and by the time we were done eating, the scores were in.

Just as the rain stopped we started the awards, the winner of Ace of Base Rob Du Plooy Congratulations, also to Pierre Du Plooy & Ben Meyer for Second and third respectively. Also to all the pilots for making a huge effort to get to Bara G. See the Web site for all the results.

At this point I would like to thank all the judges and scribes for assisting on the day, and a big thank you to my Son Tristan who helped with the scoring & registration paperwork without him I would not have managed, also to everyone from BaraG for being such great hosts, we hope to be back for next year.

Well, with all the day’s events done, most of the guys made a quick dash for home, to miss the next thunderstorm that was in bound.

What follows is a collection of photographs thanks to the photographers of Avcom The artwork on the advertising poster done by Kelly McAuley. 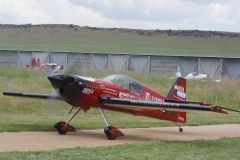 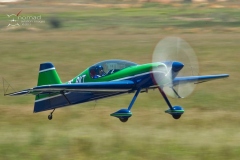 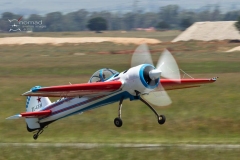 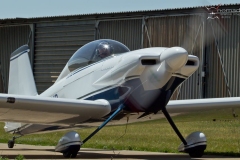 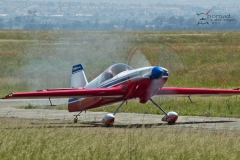